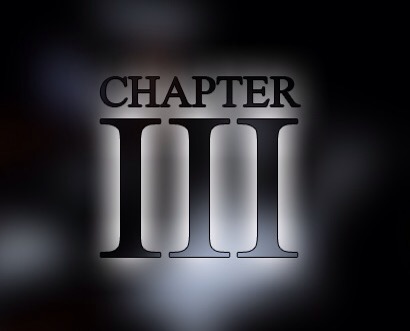 As the light filtered into the room through a small gap in the curtains, she stirred. With her head beating like a drum Laura made her way into the kitchen. Filling a glass to the top with water she turned to look at the clock on the wall noticing that it was nowhere near the time she thought it might be. With two paracetamol in hand she headed upstairs to bed.
As she walked into her room, she picked up her phone from the bed side table. “Damn it” she said to herself noticing the battery had died. She plugged it in to charge and climbed into bed. Just as she was drifting off to sleep, her phone vibrated awakening her with a startle.

She rolled over and reached out for it almost knocking her glass of water over in the process. Slowly opening one eye, she noticed the text and a missed call. The call having been made at 01:46am and the text followed shortly after. She was sure as she waited for the voicemail to begin, that it would be one of her friends leaving her a drunken goodnight. What came next made her sit bolt upright with fear. As she listened, a shiver went down her spine and a feeling of panic set in. She played the message again.

‘Laura! Laura! Hello? Please pick up. Please pick up. Oh my god. Laura its Chloe plea…’. The message cut off again. She recognised Hannah’s voice but only just. The panic and fear distorting her normally calm and collected manner.

Laura did not know what to do first. She called Hannah but there was no answer. She tried Chloe crossing every bone in her body. The call went straight to voicemail. “Chloe its Laura. Please call me back to let me know you’re ok”.

Now wide awake, she jumped out of bed and got dressed. As she paced around her room, it came to her. There was only one thing for it. She had to go back to the bar even if it was only 7.30 in the morning.
As she drove towards the town, she had no idea what she may find or even if the bar would be open. The fear in Hannah’s voice had left her with no choice but to at least try. The twelve minute drive was full of personal torment. Every minute a valid reason would float into Laura’s head as to why Hannah had left the voicemail. However, as she turned the corner coming face to face with the bar, her fears were confirmed.
The bar was surrounded by blue and white tape and 2 police vehicles sat outside. As she parked up and stepped out of her car, she found herself praying for what would now be a miracle. And she knew it. She approached the tape as a policeman came from inside the bar to greet her. “I am sorry but I will have to move you on from this area Madame” he said formally. “Can I just ask what has happened” she asked. Now crossing her fingers that his response would be one she wanted to hear. “I’m afraid a girl was abducted in the early hours of this morning” he replied. Laura’s stomach turned upside down. She felt physically sick. She turned and ran towards her car. “Excuse me” called the policeman but it was too late. Laura had gone. She pulled out her phone to try Hannah again. As she did so she noticed the text message that she had forgotten all about. It had disappeared into her minefield of saved messages that she had stored on her phone. Rather reluctantly she opened the message from the unknown sender. To her horror it simply read ‘Do you remember me now?’.

The Passion to Blog

I wrote a book. Now what?
andy the writer
Julieann Dove

The love of learning, the sequestered nooks, and all the sweet serenity of books

Wandering between the world's of books and beauty.

The varied thoughts of a millennial modern linguist.

Reviews of books...and occasional other stuff.

Writing is easy. All you have to do is cross out the wrong words. ~~Mark Twain

The Art and Craft of Blogging